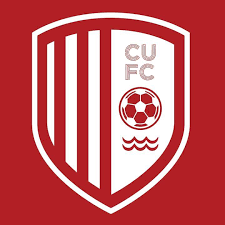 Our senior side face a tough clash against the tram that finished just above them in the tabLe tonight. They play carton united in McSharry park in a 7:15 kick off.

last week the hoops had a convincing three nil victory over arrow harps in Strandhill with goals from Fiachra Cogan, mark mcccallion and Matthew Oates . In their first outing they gained a good away point in the bed park against manorhamilton rangers.

carton won their first two games with a narrow 2-1 victory over MCR FC and a convincing 5-1 defeat of merville with Donal Gallagher grabbing a hat trick. Leitrim gaa player emlyn mulligan and Malachy Spratt grabbed the other two goals

unfortunately for the hoops the first half of last weeks game saw three serious injuries. Niall McDermott, Conor king and Conor gray are all carrying knee and ankle injuries respectively and will not be available tonight. Thankfully our team physical therapist was in attendance and the lads got the appropriate care. Charlie Cooper is just back in tracing after a thigh injury.

manger James Hannigan still has a big squad with training going well and strength in depth. Conor Mcdonagh and Leo Doherty joined the squad this week after GAA commitments. In addition some of our u18 players who had a youth game commitment last week will be available for this weeks fixture. He is supported by assistant manager Marc Ryan.

In a big game the hoops will be pushing hard for three points.

supporters are allowed up to a ceiling of 100 people. Get into support the team if you can.

our senior tram sponsors are: