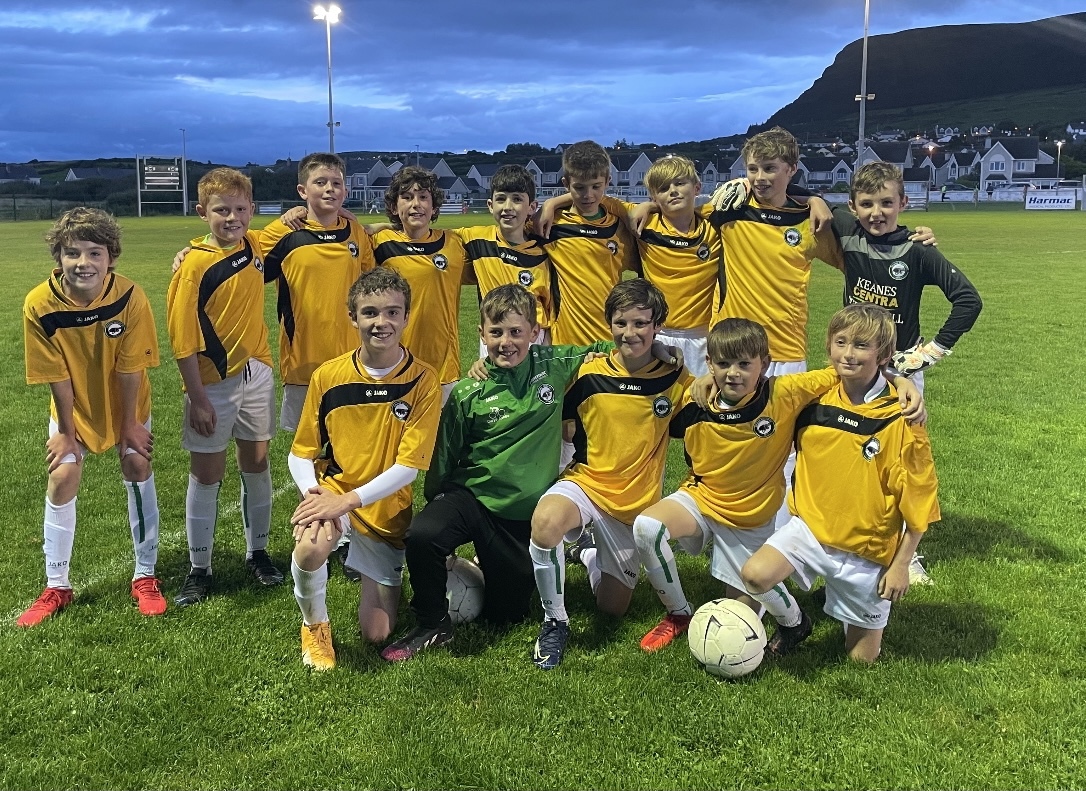 Published: about 1 month ago

Strand Celtic U13 Greens earned their first point of the season with a hard earned draw thanks to two late goals against a skilful Boyle Celtic side in Strandhill last night.

Boyle went ahead in a tight first half before dominating for long periods in the second half. A resolute team effort though kept the visitors at bay until Strand conceded a second with a deflected shot from the right.

Showing great character, Strand began to get forward in the closing stages and bounced back with two goals clinically finished by Fionn Devins.

The hearts were on hold in the final minutes as Boyle turned the screw at the other end but a last minute goal line clearance meant the home crowd in the new strand went home happy.

Well done to the lads for a great team effort.

Disappointing one all draw with Aughanagh Celtic in Super...

Hearty congratulations to the winners of the Strandhill...